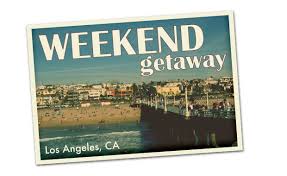 God told me to go to L.A. Sounds a little strange, I know – I’m not usually one of those “God-told-me-to-do-this” guys. (Maybe I should be?) But when I read on Facebook of the death of the wife of one of my closest friends, I was both stunned and ashamed.

Joe and I had been deacons together at Plymouth Church back in the 1980’s – but more than that, we were the “young turks”. That’s what the older church leaders called us. We were on a (self-appointed) mission to set things right in that church, and we did some interesting things. Looking back, some of them probably did need to be done. Others – well, we were young. It was the 80’s.

But that’s another story. The point is, Joe and I were close friends, worked on important projects together. Recently, his wife (Sandy) contracted ALS (aka Lou Gehrig’s Disease). It’s a terrible thing. He cared for her through four years of it before she died. And I hadn’t even known about it – hadn’t been able to show any support for Joe, hadn’t been able to pray for them. Because I had lost touch with him – and with everyone else in California.

We left California at the end of 1989 and moved to Oregon. We love Oregon, and basically I put California behind me. I’ve crossed the California border twice, I think, in the last 25 years. I really had no desire to ever go back.

But the friends that we have are gifts from God – and it’s never a good idea to neglect what He gives us. And I felt terrible that I hadn’t reached out to Joe in his time of need. I decided that I needed to re-establish some relationships – and not just with Joe. I felt the Holy Spirit’s encouragement. This was the right thing to do.

The 45th reunion of my high school class (Whittier High 1970) was coming up, and as usual I’d decided to skip it. My memories of high school are mostly bad, and I’ve never wanted to go to a reunion of people I didn’t like. But with my new-found resolve I decided that I should go, so I signed up. Let’s see what God can do.

Then I sent an email to Plymouth Church, wondering if there was anyone there who still remembered us. I got a quick answer from the church secretary – who turned out to be one of our old friends! She and her friends quickly put together a Saturday morning breakfast potluck and invited a lot of the folks we knew. I was amazed that they were all still there!

Then I contacted my cousin who lives in Yorba Linda. I’d met him last year on a business trip, but we hadn’t had a chance to get acquainted. He invited us to spend Father’s Day afternoon with him and his wife.

We arrived at the Ontario airport on Friday morning, and it was hot. So we decided to go to Newport Beach. We spent most of the day down there – it was nice and cool – shopping (and eating) at Newport Center Fashion Island, which is a really upscale shopping center. We checked out a Tesla Model S while we were there. What a car! And what kind of shopping center has a Tesla store?

Saturday morning we showed up at Plymouth Church for breakfast. Great food, lots of hugs, plenty of laughs, stories and memories. We’d all grown older, but there was a lot of love around that table. Basically what I expect heaven to be like – but there we won’t have to cut the stories short, and we can have guilt-free seconds on cinnamon rolls.

Saturday afternoon I went over to the reunion, which was held in an old gymnasium (!) in a Lutheran church close to Plymouth. Shortly after I entered the room this guy walked over and called me by name, introducing himself as John Lucero. “John Lucero!” I said. “You were my friend!” I recognized him, but I’d completely forgotten about him. Hadn’t seen him in 45 years. So we had a little catching up to do.

John is a brother in the Lord, and we discovered that we still had a lot in common. It was great talking with him. I was so thankful – God returned to my acquaintance an old friend that I would never have connected with. And Joe was there too! We did some catching up, but mostly we talked about how he was dealing with Sandy’s death, and what comes next. He is handling it well.

Sunday morning we went back to Plymouth for church services, and they had scheduled a time in the service for several of the dads in the church to stand up front and sing a song. It was a Father’s Day thing. At the last minute I was recruited to join them, so I got up and found a spot on the risers. We were pretty terrible! But we praised the Lord, and had fun doing it.

A few more hugs, a few good-byes and promises to stay in touch, and we were off to Yorba Linda to meet with my cousins Jeff and Julie. The freeway experience was terrible (all weekend!); if you are ever tempted to drive in Southern California, avoid the freeways. Our GPS rebelled as we approached their house and deliberately sent us in the opposite direction. We went once around the block and were not fooled a second time. We simply disobeyed it. We Are Radicals.

Jeff and Julie put on a fabulous meal for us, and it was great to see Jeff’s mom Arline (whom I’ve known since I was a kid). The real blessing was finding out how much we had in common with Jeff and Julie – it was as if we’d known them for years. We shared each others’ stories, and talked about the family, and now we have cousins we are close to! That’s a first, on my side of the family.

We got home after midnight, thankful for a weekend in which we had experienced blessing after blessing. God told me to go to L.A. because He wanted to bless me, and help me realize how much I have been blessed with wonderful friends and family. I am thankful!