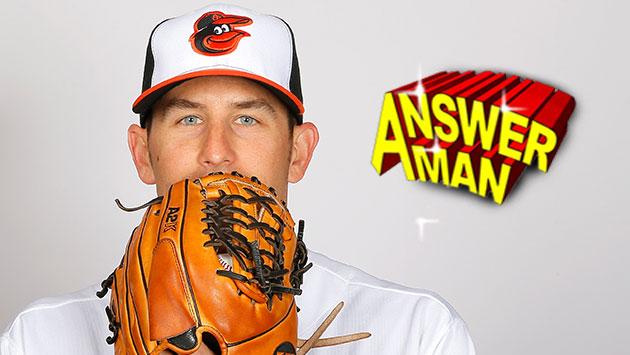 Why am I paying Craig Gentry three times what the Angels just signed him for? Besides being a fool, that is.

You are not a fool, no matter how many people tell you so.  You merely paid the market rate at the time you drafted him.

Plus he is an excellent outfield defender. Defense doesn’t slump like offense does.

To get him for $3,000,000 for two years last spring wasn’t foolish, unless we’re going to say whoever bid you up that high was also foolish. You might even have matched that competitor to win the bid, I don’t remember.

How were you supposed to know he was suddenly going to be 31 years old last year? He’d never done that before, had he?  It was unprecedented in the life of Craig Gentry. And so what if he did get hit by the “over thirty” truck?  31 isn’t so old — Gentry is younger than 8 out of 9 EFL owners. Did the Kangaroos suddenly collapse when their owner turned 31 last spring?

And anyway, Gentry has already recovered from being 31.  I’m sure he’ll be fine this year.

So never mind Gentry’s .120, .196, .200 batting line from 2015.  Be of good cheer — it was only over a sample of 56 plate appearances.  Clearly Gentry was looking out for the Drive, quarantining himself in AAA to keep from infecting the entire team with whatever it is he had.

Thoughtful self-sacrificial servant leadership like that is priceless, as surely you, of all people, should know. I mean, take Michele, for example, a Gentry-class thoughtful servant leader, right?  She’s worth more than $3,000,000 per year, isn’t she?