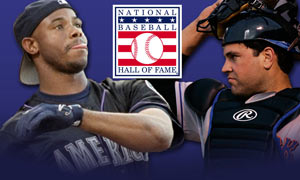 Here are the key sentences I read today:

The Mariners made Ken Griffey Jr. the first overall pick in the 1987 Draft. The following year, the Dodgers selected Mike Piazza with the 1,390th pick, in the 62nd round.

What could better warm the hearts of EFL owners worldwide?  The Wolverines once had the 30th pick in the rookie draft.  We felt like it might as well have been the 1,390th. But wasn’t that the year we got Manny Machado?  I’d have to go back and check, but it was something like that.  No Ken Griffey, with his 99.23% of the Hall of Fame vote.  But there are still all those Piazza’s out there. One can always hope.

By the way — I had a very pleasant conversation with Rob Bohall today.  By “pleasant conversation,” of course, I mean “thoroughly enjoyable near-monologue” as I told him all about the EFL.  It must not have been pure torture for him, because at the close Rob said he’s inclined to join us.

I told him to think about it, and then send me his chosen home city (or street) and team nickname.  When I get that I will officially poll all of you as to whether you want to let him in.

For those of you who don’t know him: Rob is a reference librarian on the Newberg campus.  He is a quiet, relentlessly cheerful man and — this is so exciting — a total newby when it comes to fantasy baseball leagues.  He recognizes he’ll probably take a while to get the hang of things.  Unless he is totally playing me — now there’s a horrific thought! Maybe he’s just setting us up and will immediately dominate the league!

He asked me why we were interested in having him join.  I hadn’t expected the question. I think I emphasized that we enjoy competing with likeable opponents, but I did let slip that the league was getting too smart and we needed to correct that problem. He thought that was funny, so I knew we had a good candidate.

Anyway, his candidacy is not official yet. I’ll let you know as soon as the fateful email arrives.

Here are some things to consider: