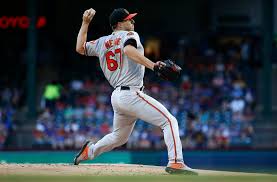 Today was the first day of classes at GF.  The river of life has dragged us, helpless, past another marker of summer’s end, from which there is no return. If your team is not in the pennant race now, it’s not going to be.

Which is depressing, depending on how you define “in the pennant race.”  This year the pennant race hasn’t really even been a race.  I guess it’s still technically a race when the competitors are going as fast as they can.  But if this race were in space we wouldn’t even be able to tell we were moving.  The teams at the top have been in the same position relative to each other since May.

The D-Backs can only aspire to what’s happening in the EFL.   When the Wolverines started being 7-ish games behind the Rosebuds, the W’s were well under .500.  Now their winning percentage is almost .600, and they are STILL 7-ish games back. The W’s have been between 5.5 and about 9.0 games back since late APRIL.  I say PHOOEY! to the D-backs’ puny little record.

I like to ask students on the first day of class to tell us something about themselves that is completely unique to the class. Today one guy said he was rebuilding an old Dodge. Another said he was rebuilding an old Datsun.  Was either unique? Well, sure, a Dodge is not the same as a Datsun. But they are both cars. If we take things to the molecular level, we are all unique in a million ways… and being unique loses most of its meaning.

Being unique then becomes synonymous with existing.

So I suppose I could write about how this is an amazing pennant race with the main competitors frozen in place compared to one another, no parallax, no movement against the stars, just Rosebud/Tornado/Wolverine (and lately maybe Allegheny).  Since Haviland fell back out of fourth place sometime weeks ago, it’s been those four. Grass grows with more drama.