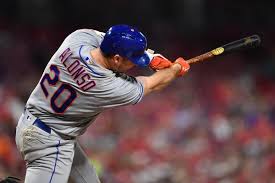 I want to start by thanking Jamie Johnson for his warm words about our little EFL community.  I share his appreciation and second his sentiments.

As one small example, I appreciate it every time we get a photo from a league member’s visit to a stadium, perhaps with an account of what happened.  I did a long-winded version of the latter two weeks ago. (The one where I call the winning home run just before it happened… you know, the one about how Enzo might have been made into a Felix fan?).

We got one last night from Mark Johnson, also at T-Mobile, wishing the M’s luck.  But then there was a telling parenthetical.  It looked like this:

“Go M’s (but really after Brett Anderson leaves the game with 0 er).”

What effect did this imprecation have?  The Ms never did go, losing 1 – 0.  Anderson got in his 5 scoreless innings, in the process vandalizing the EFL pennant race almost beyond reclamation. (Sunday’s games are almost over as I write this, but I won’t reveal any spoilers.)

Somehow that doesn’t feel as warm and fuzzy as telling one’s grandson “there isn’t going to be another out” and then watching the prediction immediately come true.