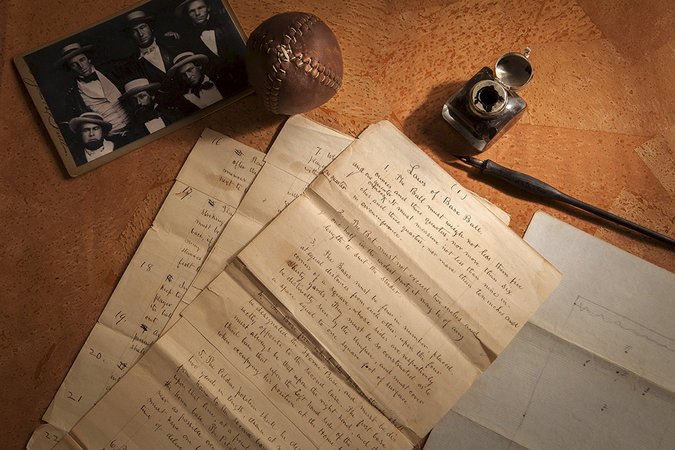 We here at EFL HQ have been watching with alarm and compassion as this year’s new coronavirus shuts the world down. We were especially sad when MLB delayed its opening day, and then delayed it again to a date unknown.

In the last 24 hours I received coronavirus updates from:

Friendsview (handed to me when I delivered groceries for my mother)

Faculty Focus, whatever that is.

Tearfund USA, whatever that is

Broadway Across America, whatever that is

And that’s without even checking my spam folder. There are dozens more there, including the Reyes Browne Reilley Law Firm from some unidentified state where the governor’s name is Abbot.

So it’s about time the EFL demonstrated its responsiveness to the present crisis, by answering some FAQNOHAYs (frequently asked questions no one has asked yet).

When exactly is the EFL draft? And where?

Where is trickier.  Just this evening Melanie and I nixed Ben’s plan to pick up a friend tomorrow and go on a hike. Melanie was opposed to the part where Ben and David would be riding in a car together.  Melanie is alarmed for me, and my “serious medical condition.”  If Melanie doesn’t want Ben to go out recruiting for viri with which to come home and infect me, she is probably also going to object if I eliminate the middle man and go out recruiting viri myself.

So I am hoping we can meet via Zoom, which I am starting to get the hang of. You can join the video meeting with any internet-capable device. You can join the audio version with any cell phone. It will work much better than what we’ve been doing all these years.

Oh no!  You have a serious medical condition? How did that happen? Does this mean you’re toast if you get the coronavirus?  If you die, can I have Walker Buehler?

Yes, I have a serious medical condition, according to the Oregon Health Authority, one of the big three Serious Medical Conditions when it comes to coronavirus. I don’t have heart disease –much. Just a coronary stent and a daily diet of a statin drug.  I dodged diabetes by a single point last spring, changed my diet almost entirely, and am now nine points under the 25-point red line.

But I somehow caught being over 60.  I guess it’s what I get for my lifetime of riotous living.

You can (and shall) have my serious medical condition, but you can’t have Walker Buehler. If the coronavirus takes me, I’m taking Buehler with me.

And  thank you for your concern.

There is a plan.

Dave has been working on an eBay style bidding system attuned to our rules, under a scenario like the one I proposed a few days ago where everyone nominates a player with an opening bid on Sunday, and we bid over the course of a week on every player who gets nominated, running auctions on up to 11 players simultaneously.

The system is not quite ready for beta testing yet – he’s handled all the wrinkles I can think of except the ability to go beyond 5 years when the player’s contract is for a longer term.  Since I know you in particular want to get Gerrit Cole, and stand ready to outbid his current 9-year, $36,000,000 per year deal, we need to get this last piece in place.

Once Dave’s done so, I am going to ask for volunteers to help us test it with a practice run, hopefully next week – Spring Break Week, as distinct from the just completed Broken Spring Week.  If Dave thinks the system is ready to be tested, we’ll run a couple of “weeks”  (over a day or so) on the system encouraging owners to test it by trying all kinds of crazy things.

We’ll announce when we’re ready for the trial run.

If this works, the Free Agent draft could start soon after the Rookie Draft, and could easily last several weeks.

If it doesn’t work, then No.

There isn’t a plan.

But in that case we’d have several weeks to figure one out.

What if MLB cancels the entire season?

Now, now, don’t fret.  The sky  may be sagging, but it isn’t actually falling. Our Commissioner would never let that happen.  Don’t worry about that little nightmare.

Of course, our Commissioner can’t tell Commissioner Manfred what to do any more than Manfred can order us around. So I suppose there’s this teensy little chance MLB might do something like cancel the entire season.

But even if the sky does fall: did you know this entire league sprang from a series of historical leagues a few of us ran in 2002 and 2003?  We could gin up a fun experience for those interested.  How about drafting teams just before the 1960 season (or 1900, or 1930, or 2000), and then running the seasons using one of the good simulation games (APBA, etc.), a season per week, run in 30-game chunks with an update each day, and with manager’s meetings at the end of each week to draft for the next season.  In ten weeks we could run a decade of seasons, and see who was the best general manager over all.

Or you could pay attention to your family or something. Life would go on. Probably.

(EDITOR’S NOTE:  You used the “serious medical condition” joke again. You did an email around it already. This is unacceptable.)

(Now be careful. We oldsters can’t keep track of whom we’ve told all our good jokes, so we have license to repeat ourselves.  And besides, I changed the joke, and added some great new material to it.  In sum,  I have a serious medical condition, which Mark W says is “chronic.”  So I’m covered under both the ADA and the ADEA, whatever they are.   You have to accommodate me, or you’ll get in trouble with the EEOC. Whatever that is.)