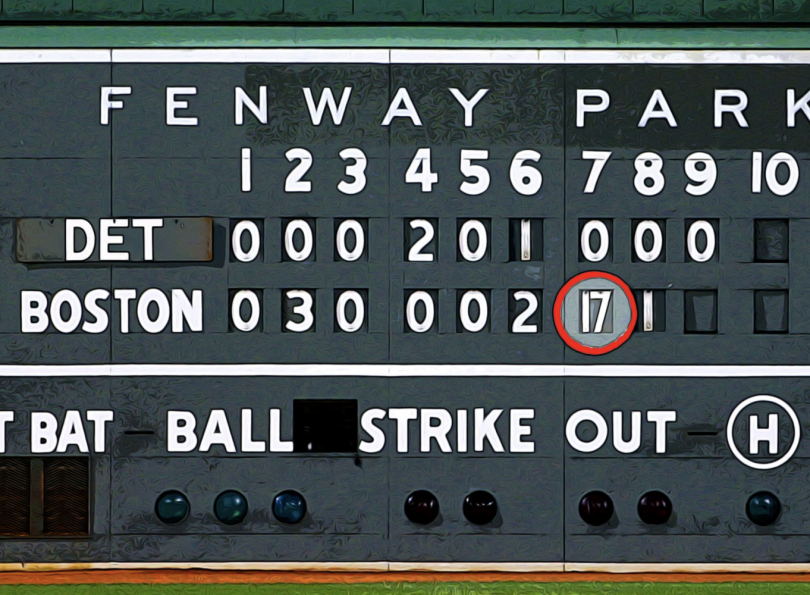 MLB published today on its website a story about the highest-scoring half-innings in baseball history.  The intro to what should have been a mildly interesting piece includes this:

Here is a look at the top 10 single-inning performances in modern baseball history (since 1900), as provided by the Elias Sports Bureau.

Note: Technically, the all-time Major League record is 18 runs by the Chicago White Stockings (now the Cubs) against the long-defunct Detroit Wolverines on Sept. 6, 1883. With apologies to Abner Dalrymple, King Kelly, Silver Flint and the rest of that squad, we will stick to the modern game.

My first reaction was to take deep offense. The big story of the day should have been the Wolverine’s rapid return to operation.  The W’s were only out of business for 11 days!  To call them “long-defunct” when they weren’t even defunct, and came back almost as fast as was possible by the terms of the original suspension, was double defamation.

And they rubbed our noses in their refusal to recognize one of the Wolverines’ enduring records (most runs surrendered in an inning) as if our achievements don’t even count!

And they got the team’s name wrong — another example of johnny-come-latelies disrespecting the “Old.”

But then I realized something:  this is, I believe, the first explicit and unmistakable reference to an EFL team on the MLB website in our entire 18 years of existence.

Sure, they got the story wrong, and mangled the “Old Detroit Wolverine” name, and added a gratuitous insult calling the team “long-defunct”, but at least they have been forced to acknowledge publicly (even if inaccurately) the existence and heritage of the EFL.

It took a pandemic to bring MLB to its knees and compel it to face the reality of what the EFL adds to major league baseball. They still minimize and insult us, but they no longer ignore us.

Post-script: On further reflection, maybe I should show a little Christian charity to those pathetic harried MLB front-office types.  The Wolverines have not won an EFL championship in years and years. It has been a long time since they’ve been where they belong.  “The long-delinquent Wolverines” or even “the long-derelict Wolverines” would be totally justified.  “Defunct” is a little harsh, but it is grounded in an unfortunate reality.

Plus they published their first ever link to an actual EFL team website. Of course, it’s not the OFFICIAL Wolverine website to which this note is posted.  But even a website about the pre-1900 history of the Old Detroit Wolverines is an improvement.

So the REAL real story here is MLB’s return from its prodigal journey of denial about the EFL.  Jesus would welcome them home with charity and forgiveness.  Perhaps we should do the same.