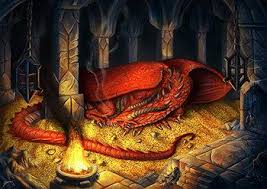 We have a new leader atop the EFL standings this morning, but he is not too different from our previous leader (who stood atop the standings for 34 straight days!). Let’s look more closely:

The list could continue, I’m sure. And who knows? Maybe tomorrow a different Johnson will be on top of the standings (there is another Johnson who could do that, you know). But for now, we congratulate Tom on an incredible run in first place, and we begrudge the Dragons for knocking him out of first for the time being. Why? Because the Dragons have enough shiny things, and I know the trope is that Dragons can never have enough shiny things, but I am here to say I wouldn’t mind if this Dragon didn’t get another shiny thing this season. There, I said it. The only thing the Dragons can do, in order to repay the Drive, is to allow the race to stay close all the way until the end of the season, even letting others creep into the lead at the very end. No other outcome will suffice.