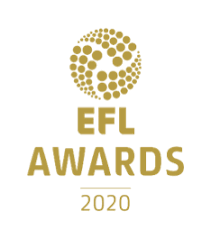 Today we will announce the winners of the two pitching awards, which are as follows:

First, the Mariano Rivera Award. Oftentimes in the EFL it feels as though relievers are an afterthought, even though MLB teams build their bullpens more conscientiously than they do their starting rotations. Part of it is that the best relievers get paid too much by MLB teams to be affordable in the EFL, but I think part of it is that relievers we can usually afford are more difficult to measure compared to starters. How often will they be used? In which situations? Will they be an opener? A closer? But we have some excellent relievers in the EFL, four of which were much better than the rest, and here are the nominees: Matt Wisler (DC), Jeremy Jeffress (Flint Hill), James Karinchak (Canberra), Tanner Scott (Flint Hill), Raisel Iglesias (Canberra).

This award was the most closely contested of all them, with the winner receiving just one more vote than the runner-up. The winner of the 2020 Mariano Rivera Award is James Karinchak. Karinchak had an excellent season, logging 26.9 innings pitched, a 2.68 ERA, a 1.12 WHIP, and get this….53 strikeouts! That is a K rate of almost 18/Ks a game. Incredible! I believe this is the stat that propelled Karinchak over Matt Wisler who, as we learned from Pear owner Phil Smith, had a surprisingly good year but only 35 Ks in 25.3 innings.

Now, for the Tom Seaver Award. This award was not as closely contested as I had expected it to be. The four nominees were Dallas Keuchel (Kaline), Dinelson Lamet (Kaline), Yu Darvish (Haviland), and Carlos Carrasco (Flint Hill). All four of these pitchers play on MLB teams that made the playoffs, and their stats were very good. But one of them received 4 times as many votes as the others on his way to winning the award. The winner of the 2020 Tom Seaver Award is Dinelson Lamet.

Lamet had an incredible season. Over 69.1 innings, he had an ERA of 2.08, a WHIP of .85 and 93 strikeouts. It was too bad his season did not include any innings in the postseason due to his most recent arm injury (which Kaline is hoping is nothing serious). The second best pitcher, and I believe the one who is favored to win the Cy Young this year was Yu Darvish.

Both of these pitchers are under contract for their EFL teams for at least 2 years (Lamet through 2022 and Karinchak through 2024), and if they can even just repeat these numbers over the life of their contracts they could lead both the Drive and Roos to new heights.

The final award, the EFL MVP, will be published tomorrow. For now, celebrate with the Drive and the Roos and their newly awarded players!