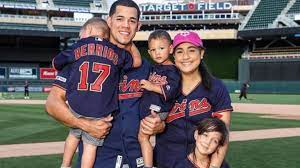 A little recap of the month of May.  We ended April wishing May might be as merry, and for some it was.  For others it was even merrier, and for still others… not so much.