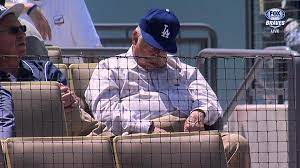 Hardly anything happened yesterday, perhaps less than any other day in which games were played in MLB. In fact, in Canberra, it couldn’t have been less eventful.

Also, I am attending the Friends Association of Higher Education conference this week, all by Zoom.  The conference began the day today with worship at the convenient hour of 6 AM — a little east coast systemic bias against people in the Pacific time zone.  At the moment I am listening to a presentation on Quaker work during WWII, considering the tensions between those (including Howard Kershner and the American Friends Service Committee leadership) who wanted to emphasize humanitarian feeding projects (requiring some communication with Vichy French officials) and those who were willing to risk that work to help Jewish children and intellectuals escape the death camps.   (It turned out to be a pretty good session, although the discussion never really took off.  Perhaps I should have been paying more attention.)