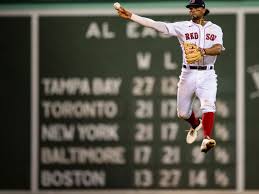 Yesterday Jamie boldly claimed his shortstops (Tim Anderson and Bo Bichette) might be “the best SS” in the league.   It was a poignant moment, a moment of insight into a team owner’s pride in the accomplishments of his young players.

But was it true?  We will explore that question with our usual level of tender care for the feelings of our fellow owners.

Most of my observations will be in the comments on each team.  But let’s start by checking in on how the Big Three shortstops (plus two?) available in the FA draft are doing.

Here is a snapshot from Fangraphs of their production as of yesterday morning:

Corey Seager started the season super-hot, but has struggled with injury and inconsistent performance for the last several weeks.  This leaves Trea Turner and Carlos Correa in a dead heat: this morning Fangraphs has them both at 2.4, with Correa listed ahead of Turner.