For our Friday in Florence we hired a local guide to take us on a tour of Tuscany. He showed up at our Casa at 8 am with a Mercedes van that seated six of us quite easily. Karen got to sit in the front seat where she had a little more leg room and she stayed fairly comfortable all day. Our guide’s name was Massimo and we all liked him very much. He was quite personable and very knowledgable. He offered us options all day and was happy to do whatever we wanted.

I’m breaking this post into two parts. This one will cover the first two stops: the American War Memorial and San Gimignano. The next post will cover the places that we saw during the rest of the day.

Our first stop was at this cemetery and memorial to American soldiers who died in Italy during World War II. It’s a beautiful place, and Steve (who is retired from the Air Force) especially appreciated it.
Our guide, Massimo (Max to his friends) offered to take our picture at the WWII memorial to American soldiers. Back row: Dave, Karen, Steve. Front row: Linda, Doree, Jean. Joyce was with her family and did not go on the Tuscany Tour.
Here Linda, Jean, and Doree are walking toward the entrance to San Gimignano. It’s a walled hill-top city from medieval times, and was the second stop on our Tuscany Tour. San Gimignano’s claim to fame is its towers.
The only industry in San Gimignano is tourism, and they do well by it. The shops are excellent, better than many in Florence. This display caught our attention, and Karen did buy a purse here.
There are many pottery shops in San Gimignano, and the pottery is of very high quality. The shops are beautiful and well-decorated. I’d never seen a china jester before and I thought he deserved a place in my photo collection.
We got to San Gimignano at around 9:00 and the streets were pretty empty. Buses full of tourists soon arrived, however, and the town filled up quickly.
Buildings in San Gimignano are older and more plain than buildings in Florence. It was interesting to see the textures and styles.
The main feature of San Gimignano is its towers, erected in the 1200s and 1300s. At one time there were 72 of them, but now there are fourteen towers left.
A beautiful store that sells a wide range of pottery. The store has several rooms and many different styles. We liked almost everything in this store, but bought only a few small pieces here.
This back room featured pottery of solid colors – very attractive.
Going back even further we found these beautiful tables, bird baths, urns and other large pottery pieces.
All of the tourists seem to end up here in the main square of San Gimignano. You can see two of the famous towers in this picture.
Street with archway in San Gimignano
Lion insignia on the wall of San Gimignano
One of several piazzas in San Gimignano, this one is in front of a church. You can see two of the towers here, as well as a loggia (raised, covered platform used for a public market).
San Gimignano is most famous for its towers, built in the 1200s and 1300s. Originally for defense in war time, the towers became a sign of prestige. Apparently, bigger is better.
I’m not sure what this is, but it was stuck to the wall in San Gimignano.
Karen said “Take a picture of me at the well!” so here it is. I guess it’s a wishing well. It was certainly the go-to spot in San Gimignano.
To me, this is what a coffee shop ought to look like. Coffee shops, by the way, are the key to getting access to toilet facilities when away from your hotel. You sit at a table, you order a coffee, and then you say, “Where is the toilet?” And since you are now a customer, they let you use it. If you don’t use this strategy, you have to use a public WC, and they are either unbearable or unaffordable.
We sat (and paid extra for the privilege) at a table on the right, and enjoyed our cappucino. Most of the customers came in to the bar, picked up their coffee, and left. Oh, and keep in mind, don’t just order “coffee” like an American. You’ll get a thimble with espresso in it, and you won’t like it. Unless you already learned to like it before the trip.
Previous post

A Stroll Along the Arno 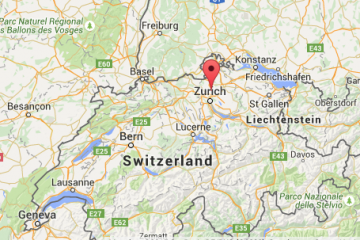