Back in 1910 Franklin Pierce Adams published a now-famous poem about baseball that began with the line, “These are the saddest of possible words, Tinker to Evers to Chance.” His poem was inspired by a tragic event: the Cubs had used this new-fangled “double play” to get two of his beloved Giants out on a single batted ball! You can read Adams’ poem here; my Cheese-inspired adaptation is below.

These are the saddest of possible words, 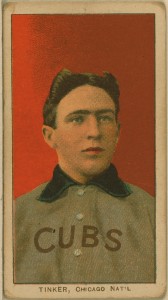 *Two of our Cheese starting pitchers, Jacob Turner and Nathan Eovaldi, had been sent to the minors and thus couldn’t pitch for the Cheese.