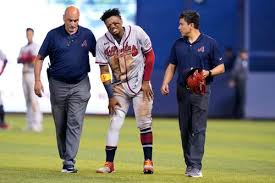 Yesterday I failed to update the entirety of the National League Standings. I think I got interrupted after doing the American League, and when I came back to it I forgot I wasn’t finished.  You’d think I’d notice there were a lot of teams with no games played in my update yesterday. I did, but it didn’t stir in me more than the vaguest hint of curiosity. I just assumed there had been a spate of new teams taking over first place.

Sometimes one can know too much.  Or think one does. This is one of the occasions when disagreement is a gift. Jamie gave me that gift yesterday when he gently pointed out I hadn’t updated the Brewers standings.  He kindly left out the other 14 I didn’t update. I noticed all those when I did today’s standings.