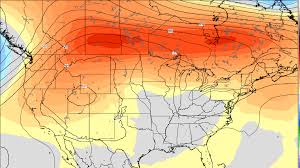 165 runs scored yesterday in MLB’s first day back from the All-Star Break, in 15 games played.  That’s an average of exactly 11 runs per game, or 5.5 per team.  The 2021 league average for run scored in a game by a team is 4.48, so scoring was up a full run per team yesterday – a veritable offensive heat dome.  Who got scorched, and who might not even have noticed, as if they lived west of the Cascades?

Note: the numbers next to our team’s location in the reports below are yesterday’s high temperatures at the team’s home ballpark, and the high at the location of the team’s corporate HQ).  (You know, to carry the “heat dome” theme.)

Old Detroit (86, 80):  L, 2 – 6 .  (52 PA, .188, .250, .292;  12 ip, 7 er, 5.25 ERA).  Wolverine pitching wasn’t notably worse than average for MLB on this high-scoring day, but there was more of it than there needed to be.  Chris Paddack set the tone with his 5 ip, 4 er start, and Sam Clay put on the finishing touch with his 1 ip, 1 er final flourish.  The Wolverine hitters, however, had no idea there was an offensive heat dome – or, to put it more positively, did nothing to add to the heat wave. Austin Riley tried (2 for 4 with a homer and a walk) but only Will Smith really followed suit (same line without the homer).  The W’s rocket engine is still on the fritz, and they spiraled downward another half-game.  At this rate it’s doubtful they’ll end the month in first place.

With all that crummy pitching, why are the Ts smiling? Because Teoscar Hernandez, Paul Goldschmidt, and Patrick Wisdom turned up the heat in the heat dome with home runs, and the rest of the team added a triple and three doubles.

By the way, the 82 degrees noted at the start of this entry is for a place called Cottonwood Falls about in the center of  what I guess is the Flint “Hills” region of Kansas.  The 79 is for Newberg, which topped out yesterday one degree cooler than Dundee. Must have been torture for the Tornados.

With that outcome, the Balk gained 0.4 games on the Wolverines, marking themselves as the only team other than the Tornados within easy range of catching the league leaders as they continue to stumble.

Second, Kendall Graveman entered the game in the bottom of the ninth with the Mariners up by four runs.  His inning went strike out, single, FC (error), strike out, single (and error), mound visit, single.  That plated three runs, but all were deemed unearned.  That second error was on reigning Gold Glover JP Crawford, on a ball that deflected off Kyle Seager’s glove. I haven’t seen the video (MLB.com doesn’t have any videos available from the game, according to my computer),  so I don’t know what happened, but it seems like it might have been a tough call.  The Pears probably don’t mind because it kept the team ERA down.

Third, with the help of the Angels’ official scorer, the Pears outscored their foes 9 – 6. But our EFL database seems to believe the universe should at least bend toward justice, so it saddled the Pears with a “loss”, even though they gained 0.6 games on first place and padded their winning percentage by 0.002.

That’s a trifecta of nimble management on the part of the Pear patron.

Kaline (86, 67): “W”,  5 – 8. (52 PA, .178, .288, .356;  no pitching).  The Drive, it should be noted, live on an island in the northern Pacific Ocean.  It only got up to 67 degrees there yesterday.  Their players, on the other hand, call Detroit their home base.  86 degrees there is a relatively cool day for summertime, although I’ll bet it was also sticky humid.  Drive pitchers suffered under the heat dome so much they couldn’t stand to go out in it, so only the bitters showed up, and they did almost average for the league.

I guess. That slash line is about replacement level, or 2.5 runs per game. All the Drive hitters are active 100% except Willson Contreras and Omar Narvaez, who combined to go 0 for 8 with a walk.  Suppressing those disappointing performances elevates the team slash line to .216, .325, .432, which gets them a lot closer to 5 runs. The Drive are already suppressing 245 plate appearances, which might include some of the weaker performances.

The Drive got a “W” anyway, presumably to record the fact that they gained 0.1 games on the Wolverines.

Dragon pitchers, on the other hand, mostly stayed inside where it was cooler.  Two relievers got drug out to each pitch one inning, which they did without incident.

In our third straight case of the database straining to give results unreflected by the score, the Dragons took a “loss” despite gaining 0.6 games on first place, outscoring their foes by three runs, and elevating themselves 0.003 in winning percentage to get back on top of .600.

It’s not like the ‘Roos were playing in wintry Canberra.  Canny hitters were the hottest in the league, befitting conditions in Golden, Colorado.  Vlad Guerrero Jr. got the same boost from the All-Star festivities as Juan Soto did, returning to blast two homers.  Of the seven Kangaroo hitters, 5 got hits.  All 5 of those got at least two hits and added either at a walk or an extra hit or (as in the cases of Vlad and Wander Franco) at least two extra bases (Franco’s in the form of a triple).

Emmanuel Clase may not be a hot-weather guy. In the only real flaw of the day, Clase sextuple chulked in his 1/3 of an inning, allowing 2 earned runs on two hits, one of which was a home run.

Even with Clase’s short but sharp collapse, the Kangaroos made the biggest gains yesterday.  They padded their winning percentage by .009, and leapt 1.2 games in the standings.  There’s a big difference between 11.1 (where they spent the All-Star break) and 9.9.

Logan Webb couldn’t engineer a win with 0 run support, but he could (and did) limit the damage with 4 very nice innings, with one hit, one walk and (unluckily, considering the other two numbers) only 1 earned run.  Thanks to Webb’s work, the Alleghenys crept 0.2 games closer to the first place.

But Andrew Heaney got into the spirit of things a little TOO much, awarding an even earned run for every inning he pitched.  The result was a Cheesy loss, the EFL kind where you can really ose and STILL gain a tenth if a game on a stumbling league leader.

I did notice this interesting fact about our bottom three teams: they are the only teams in the EFL who play their home games in the same town as their corporate headquarters.  Apparently this is not a good idea.  Baseball players, like sons aged 18 or 19, may need to get out of town to thrive.  Sam’s in Montana working at Big Sky Resort; Ben is in Idaho visiting his girlfriend and her family.  And when Ryan was their age he went to Canberra, where he was when the ‘Roos helped inaugurate the EFL.

This is all understandable when pitching in offensive heat dome conditions, but it would be easier to take if one’s offense caught the heat dome vibe.  But the Cascades’ hitters were either true PNW wimps, or did their hitting in Bellingham coolth.  Hanser Alberto had a good day with two double in 4 PA, and Curt Casali almost matched him with a double and a single in his 4 PAs. But the rest of the team batted .125, .250, .125, in a pathetic bid to create a cheap knockoff of the Pear’s exquisite slash line gem.

But no one wants the Rosebuds’ pitching from yesterday.  Bryan Abreu gave them a shutout inning, but Dylan Bundy and Matt Peacock both triple chulked:  Dylan over 1/3 of an inning (3 er) and Matt over an entire inning.

Even with these disappointing returns, the Rosebuds still gained 0.1 games on the Wolverines.  They’d have to do that 238 more times to catch the Oldies, so I’m not too worried about that.  But it’s still a gain when one might have expected a loss.