with Roscoe and Joanne Haynes 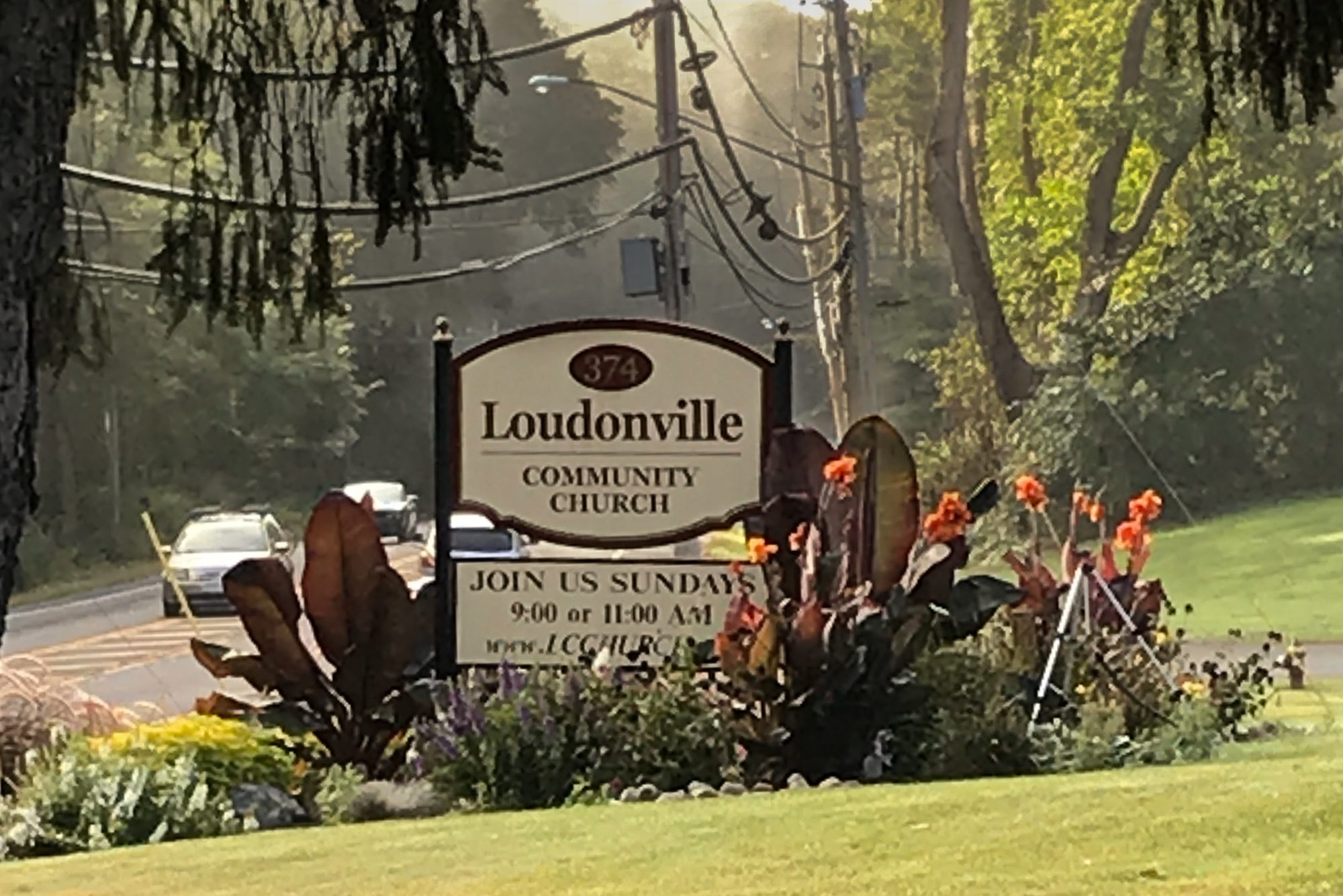 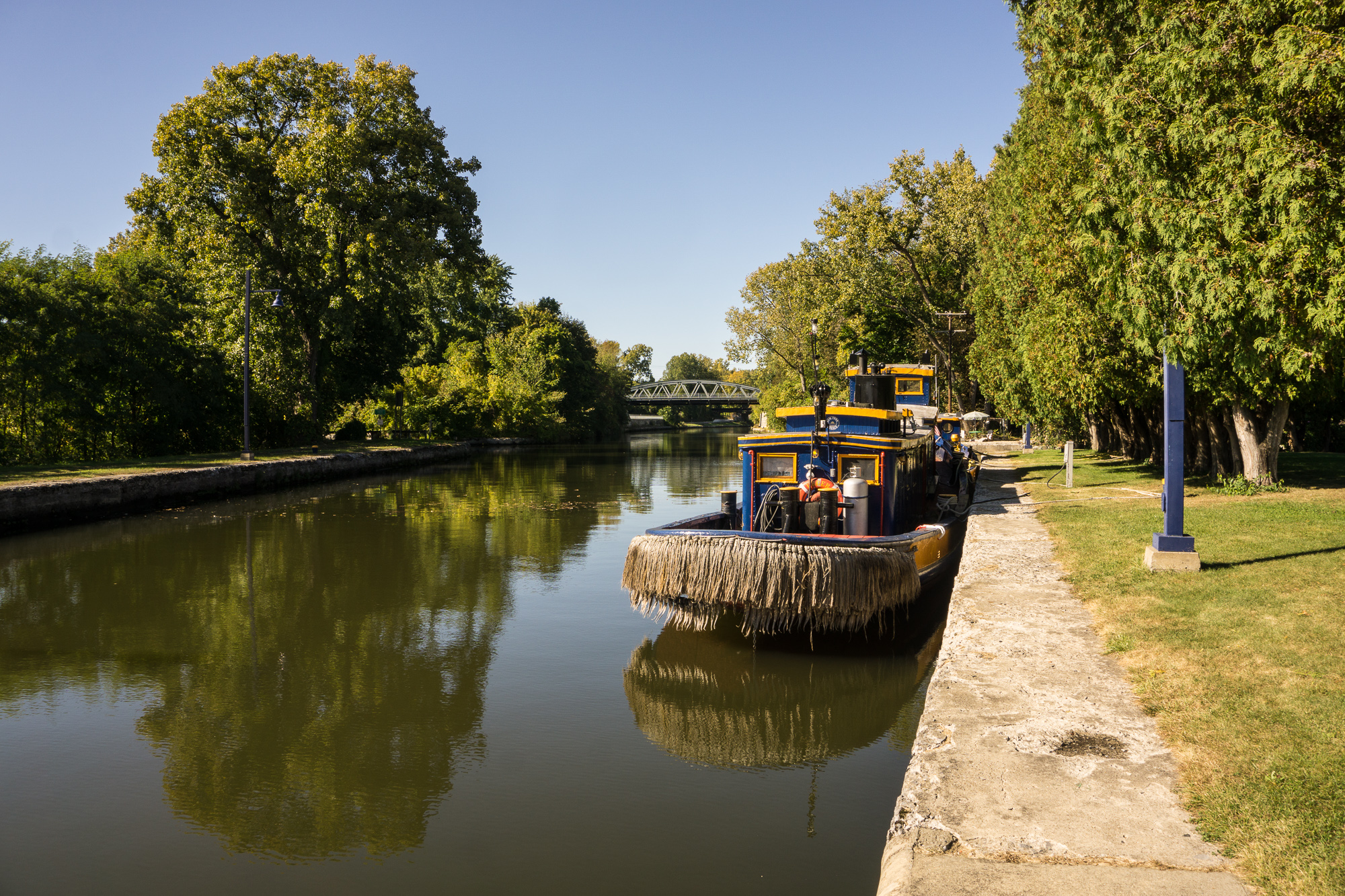 Our Retirement Celebration trip started in Albany, New York, where we stayed with our friends Roscoe and Joanne Haynes. Roscoe and I had grown up in the same church in Whittier, California, in the 1950s and 60s. Karen and I became friends with them in the early 1980’s when we attended a weekly Bible study together in Whittier. They moved to Albany (Joanne’s home town) later on in the 80’s and have been there ever since. So we hadn’t seen them in over 30 years, but we picked up right where we had left off!

On Sunday we went to their church in nearby Loudinville, then traveled up to see one of the old locks on the Erie Canal. Being west-coasters, Karen and I had not heard much about the Erie Canal, and we were interested to see it. Later we learned more of the story during our visit to the state museum. Apparently the Erie Canal was responsible for much of the growth of New York. 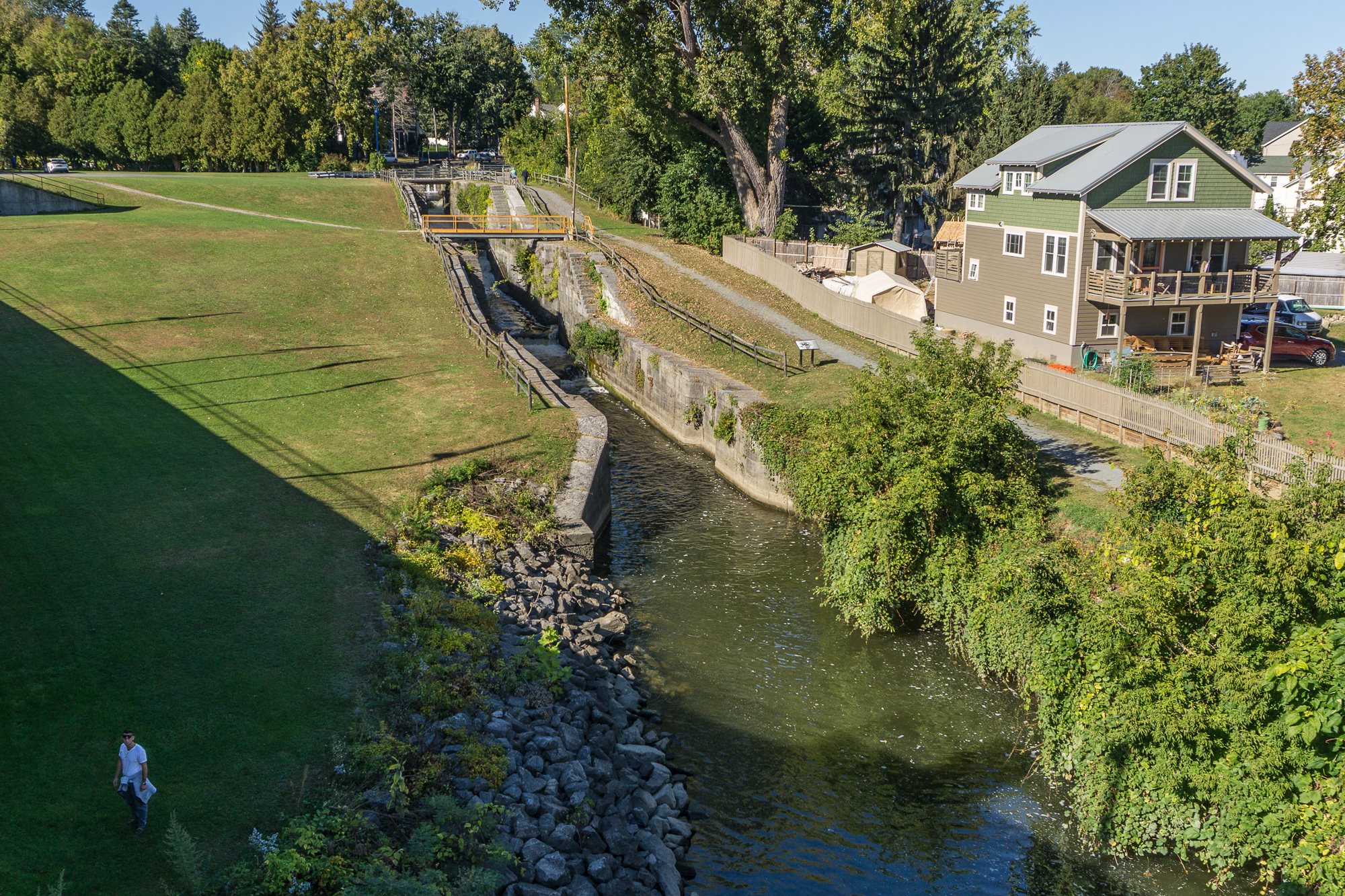 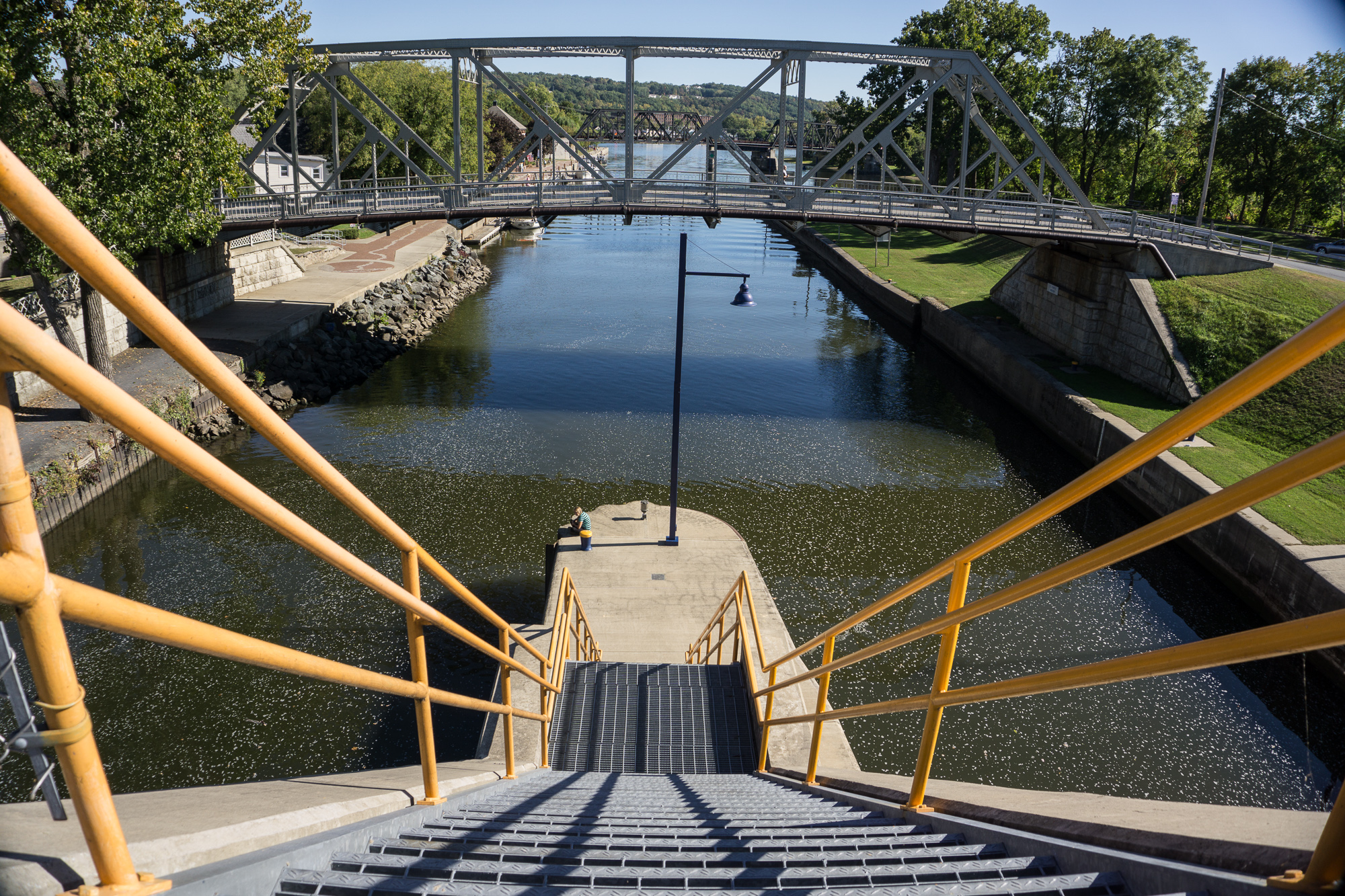 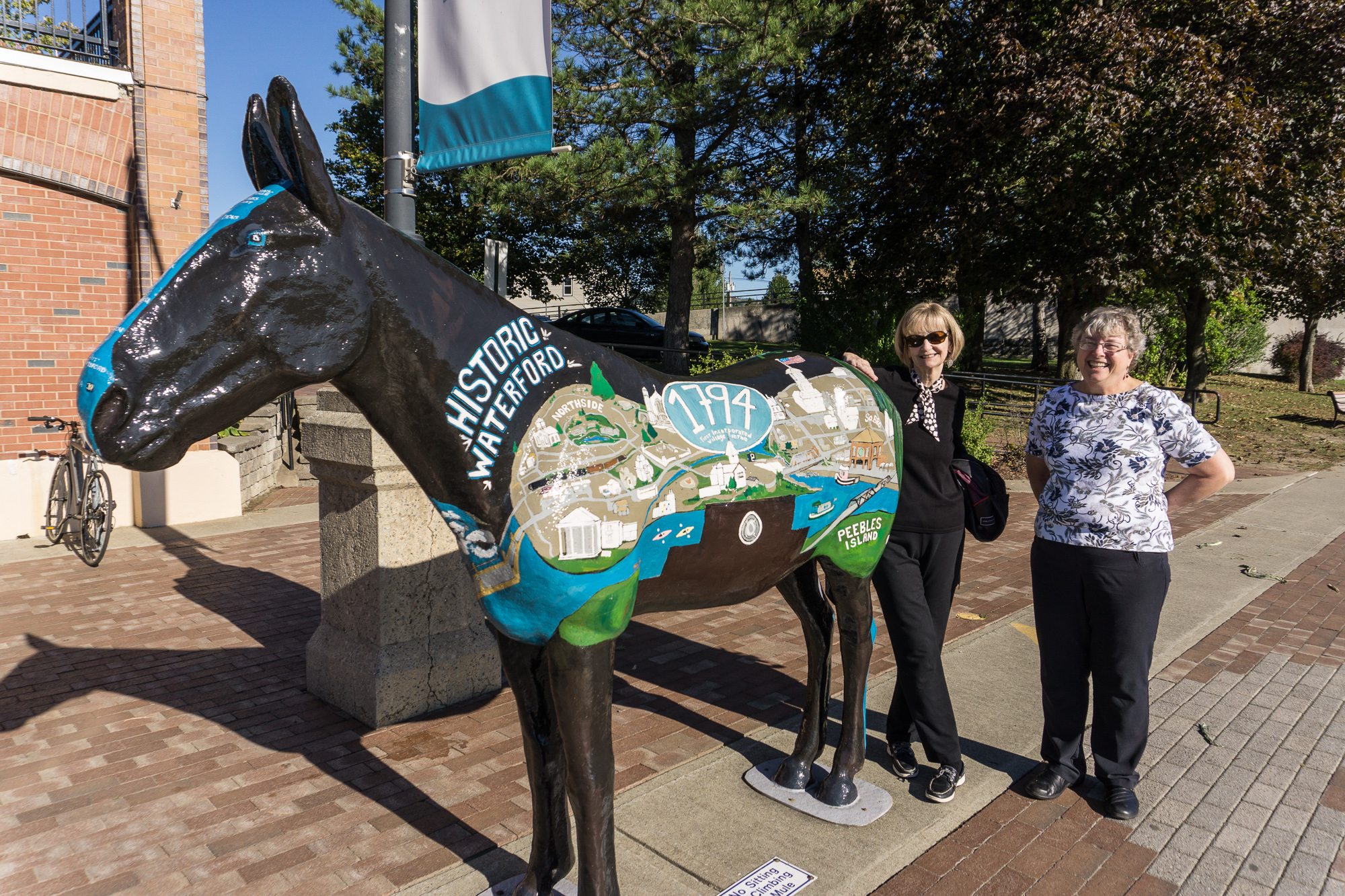 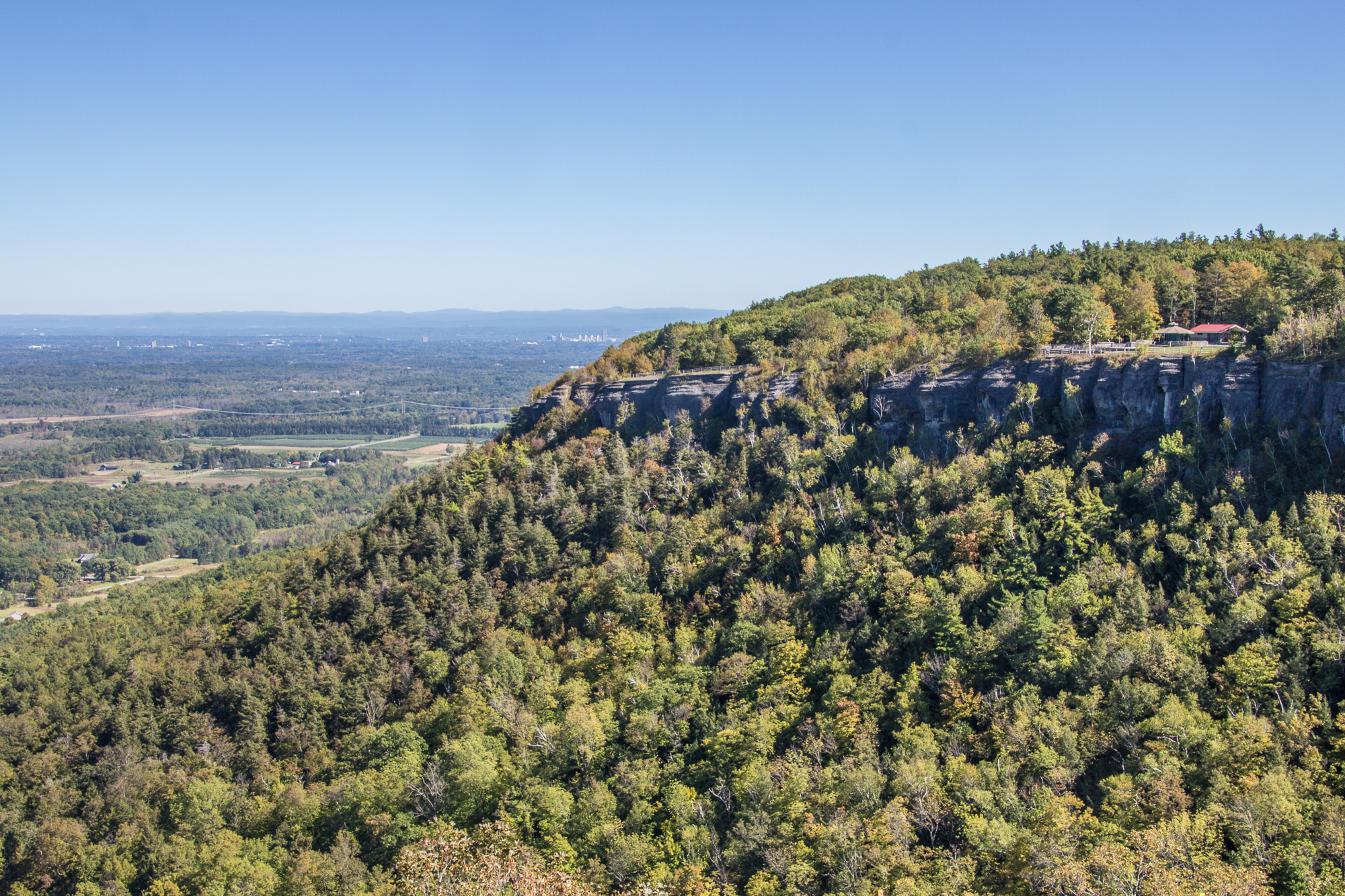 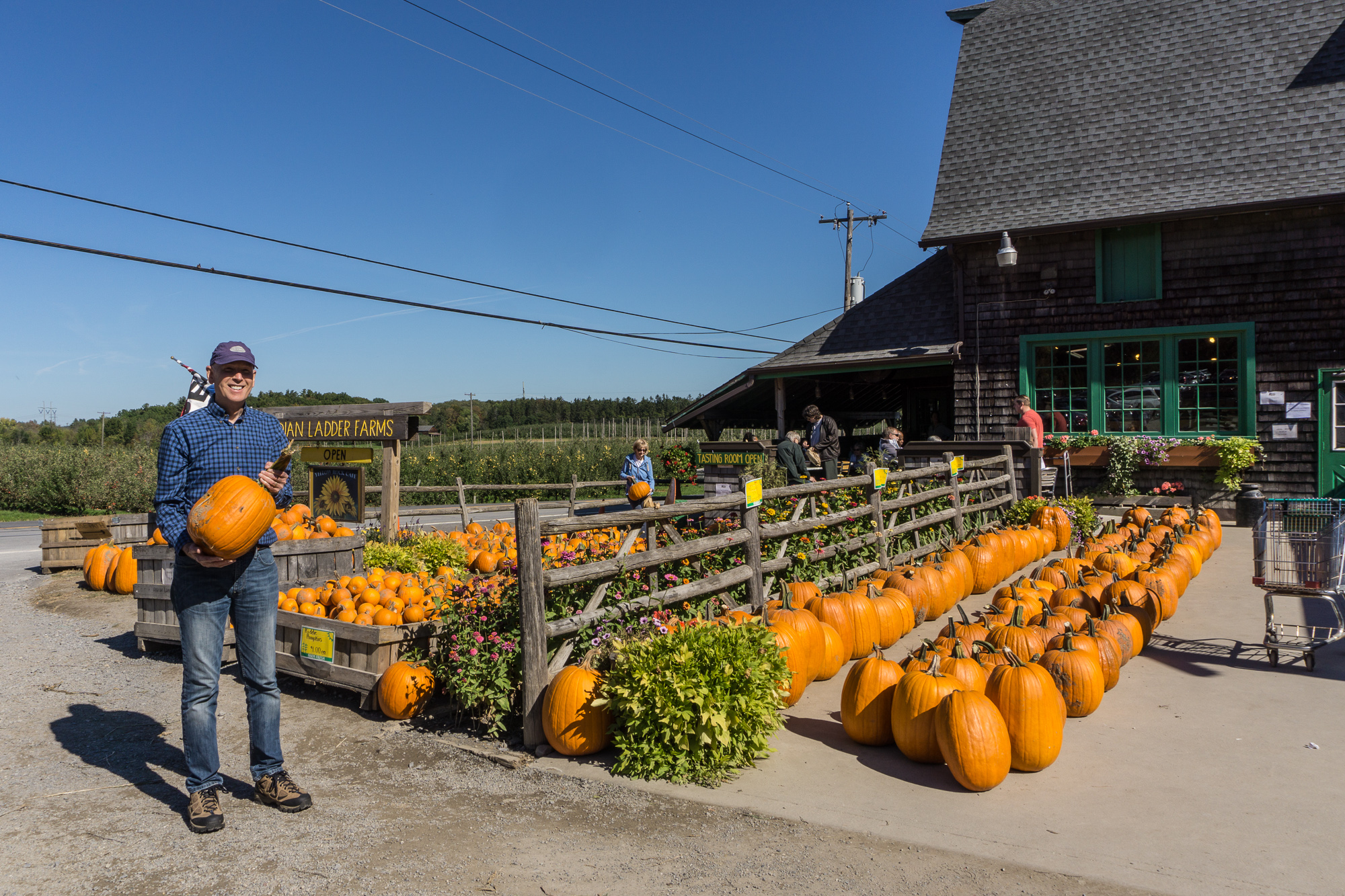 They don’t have actual mountains in New York, so any spot that’s got a little elevation to it gets them pretty excited and they give it a fancy name. So R & J took us up to the Helderberg Escarpment, which out West we would call a “hill.” From there you can see just how flat this land really is. While we were up there we visited a country store called Indian Ladder Farms where you could get just about any type of gourd that there is.

People in this part of the country like to decorate the outsides of their houses for Halloween and Thanksgiving, so R & J got their pumpkins and related squashes for this season at Indian Ladder Farms.

One thing that New York does way better than Oregon is waterfalls. Roscoe and Joanne took us to Cohoes Falls on the Mohawk River – neither of which we’d ever heard of – and we were amazed. What a beautiful waterfall! Later on during our trip we got to see several more beautiful falls, over near Syracuse. These waterfalls helped make up for the fact that the fall colors we’d been promised were almost entirely missing. 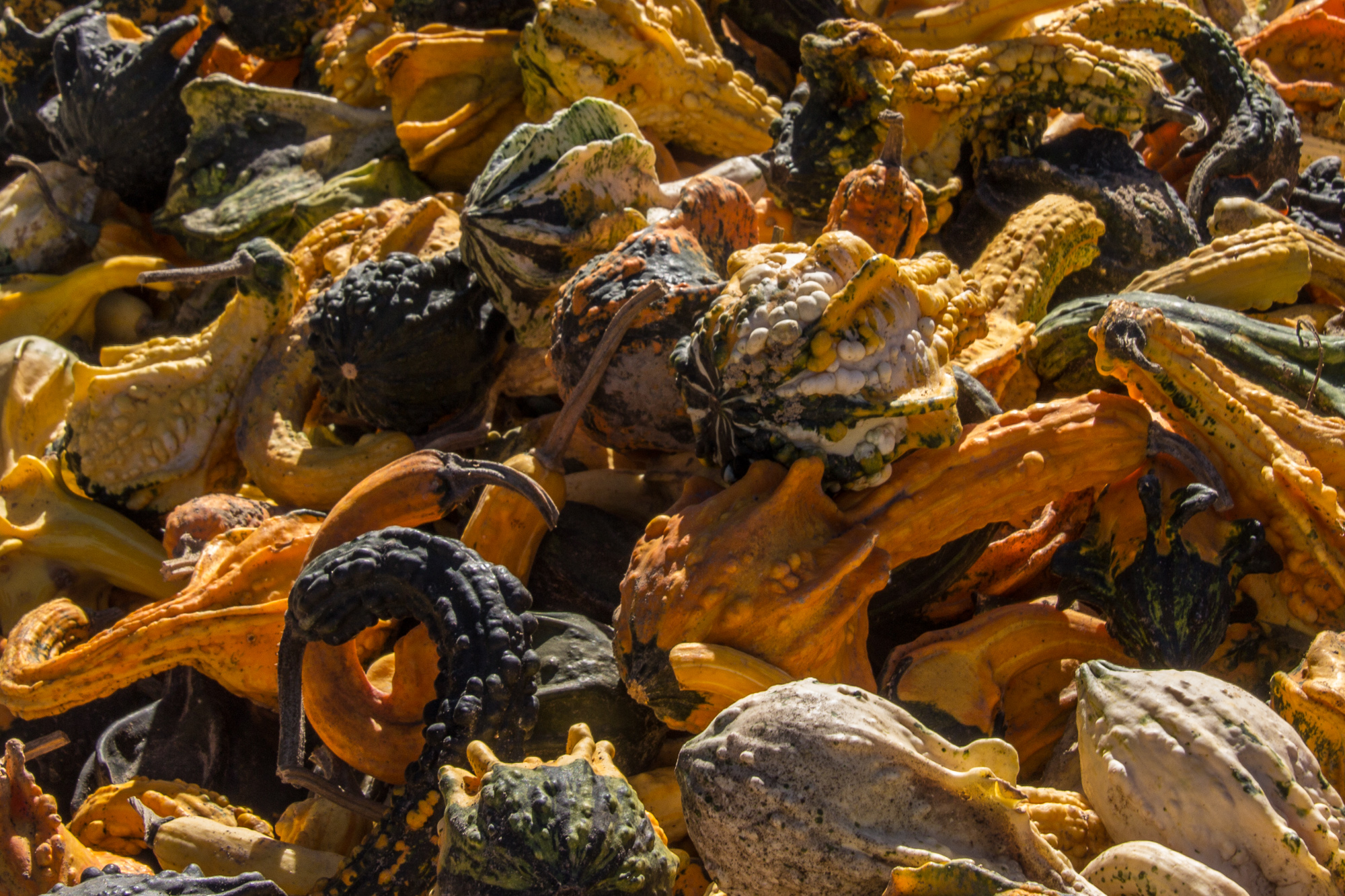 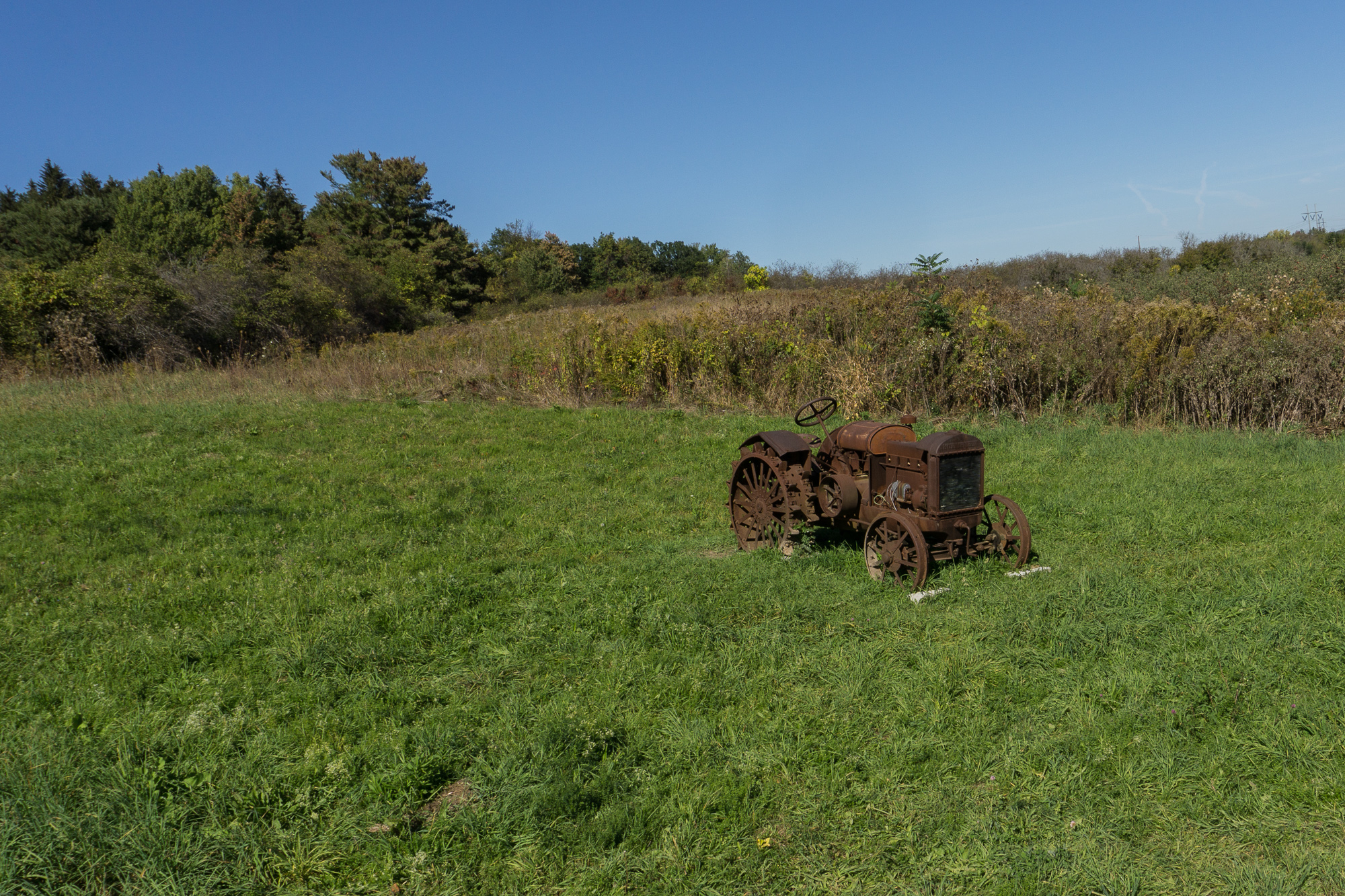 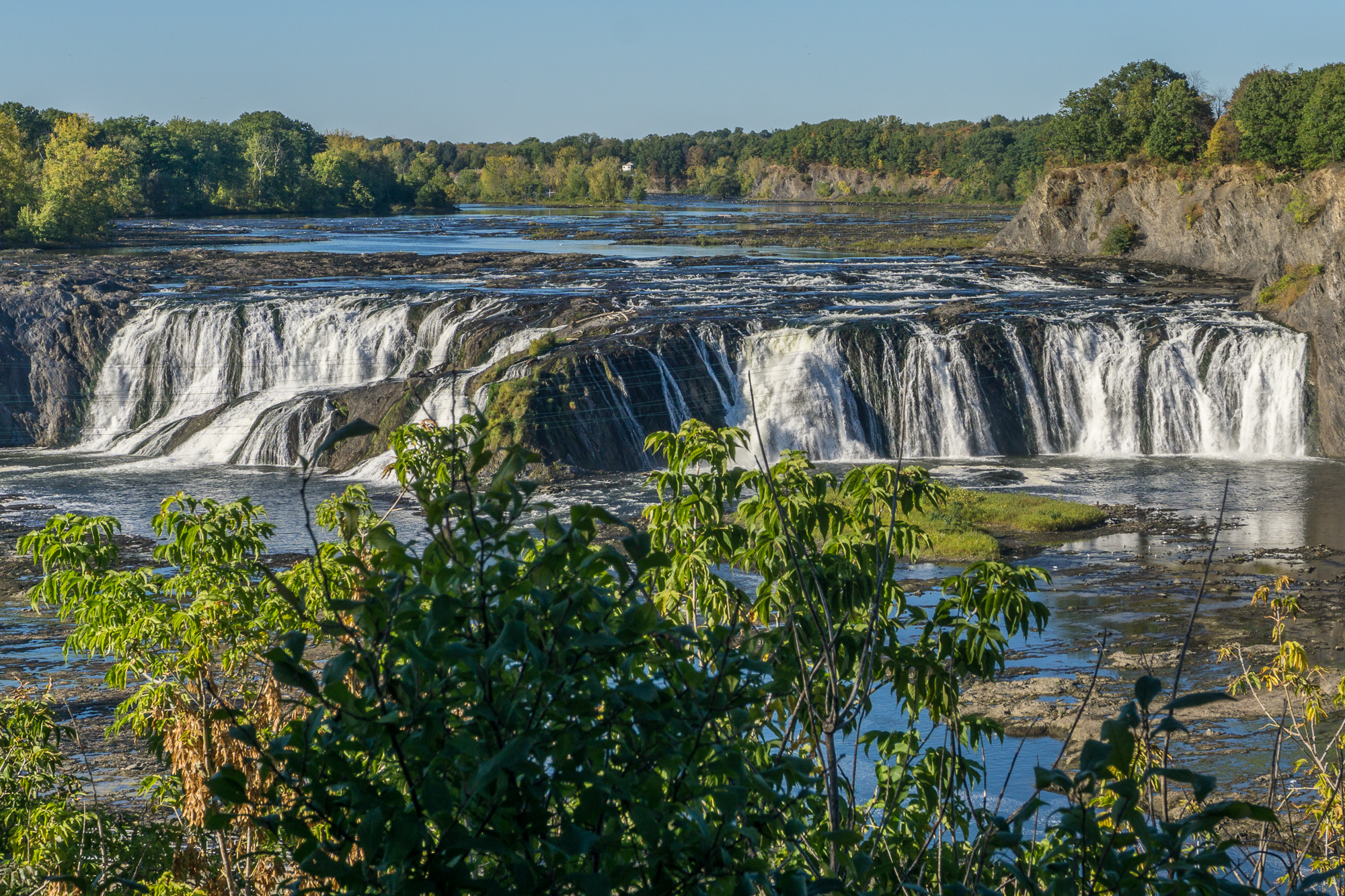 Back to the Home page
Next: Rensselaer Walks, State Capitol & Museum