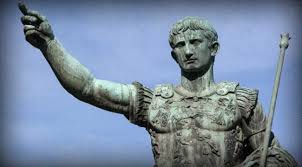 III. HOW PLAYERS ARE OBTAINED: Just as in MLB, there are five ways for any team to acquire players: expansion draft, minor league development, Rule 5 draft, free agents, and trades. Plus we can acquire players during their debut year, but only for that one season.

2) includes any incumbent Veteran player who is in the middle of a multi-year EFL contract. This includes players that have been released by the EFL team to free agency, but who have not been subsequently acquired by any EFL team nor signed to a new MLB contract — such players are still on the EFL team’s payroll, but do not count toward roster limits other than the salary cap.

3) CANNOT include any player whose status as an EFL Rookie, or whose EFL veteran contract, expired during the offseason.

4) is under the current Salary Cap.

6) if there is going to be an expansion draft, marks up to 14 players as Reserved and thereby exempt from being drafted by an expansion team.

1) The pre-draft rosters of all fantasy league teams, showing each player’s salary, contract term, and position(s).

2) If there is going to be an expansion draft, the Expansion Draft List, comprising

(a) Players who debuted in MLB during the previous season;

(b) The 8 players from the MLB team with the most plate appearances;

(c) The 4 players with the most starts;

(d) The one player with the most saves;

(e) The additional player which in the Commissioner’s judgment is most valuable to that MLB team in the eyes of its management (e.g., a key player injured in the previous season, or a rookie highly touted by his MLB team);

3) The Rookie List of players who debuted in the last MLB season.

(1) whose EFL contracts or EFL rookie status expired since the end of the previous EFL season,

( (2) who debuted in MLB prior to the most recent Rookie Draft and were, since

the end of the previous EFL season,

(a) signed as free agents,

(b) released by their EFL or MLB team,

(e) traded only for minor leaguers, cash, and/or players to be named later by an MLB team.However, a traded player is not a free agent if his EFL team accepts the MLB trade under rule V.D.2.a.

In subsequent years the Commissioner will set the first EFL pick’s claim price at roughly 15% of the salary cap, with subsequent picks declining in price at $250,000 each.  If the opening team bids less than the claim price, the player will go to the highest bidder (with ties broken in favor of the team with the worse record in the previous season).   Beginning in 2011, the claim price for rookies in the first round of the draft will be set by the Commissioner to approximate the following:

f.) A team is no longer eligible to initiate or participate when it has 30 players on its roster, or cannot fit another player under the Salary Cap.  After the 4th round, the computer program will include a probability that each computer team will pass: 20% for round 5, 50% for round 6,70% for round 7, 0% for rounds 8 and later.

Bidding proceeds in draft order. Each bid must state an annual salary over a term of years. Each bid must have a present value at least $250,000 more than the previous bid, except that a team with an earlier draft position may beat a later team’s bid by matching it (but see section d, below). If the EFL bid extends the number of years beyond the player’s MLB contract, the annual value of the contract can only decline by a maximum of 20%. The winning bidder obtains the player on a contract matching the terms of his winning bid.

The EFL team keeps track of the free agents it is still paying in a special section of the team spreadsheet. The sheet adds his salary into total team payroll, including for salary cap purposes, but does not make him available for use on the team active or farm roster.

1.)    it has the option of making the identical trade effective immediately. However, if the deal is a trade of EFL players for EFL and non-EFL players, a team holding all the major league pieces on one side of the trade (the “trading team) may elect to accept the trade by announcing its decision to the league, after which EFL teams owning player(s) on the other side of the deal may elect to:

a.) keep their player(s), in which case the trading team gets only the non-EFL players from the other side of the MLB deal, or

b.) give up their players for nothing, in which case the trading team must take on the EFL players and their current EFL contracts along with the non-EFL players in the deal.

2.)   and the other side of the trade consists entirely of cash, the EFL team may “trade” for “cash” in the form of release from its contractual obligations to the player(s) it is trading away.

3.) and the other side of the trade includes minor league players, the EFL trading team may elect to keep those players by adding them to the payroll at the minimum wage, or to drop those players without obligation (as if they disappeared into the EFL team’s faceless minor league system, never to be seen again).  If the minor league player kept in this way has already debuted in MLB, he will be treated as a Rookie if his Rookie status would not have expired had he been drafted in the Rookie Draft; otherwise he will be treated as a veteran and will cost his actual MLB salary.  If the minor league player has not yet debuted in MLB, he can be owned in the EFL at the minimum wage until his debut.  In the season of his debut, his EFL team may play him by allocating him to a position (or as a pitcher), making that year the first of his five consecutive Rookie years in EFL, or may hold him out of play by allocating him 100% to be inactive for the remainder of the debut year, in which case the next year is perforce his first Rookie year in the EFL.

The option expires at the end of the next manager’s meeting (the Annual Free Agent Draft counting as a managers meeting for this purpose).  The option to trade a drafted player to an MLB team does not begin until that draft is over and ends at the next roster deadline.

(2) A team may subsidize the salary of a player it trades away.

(3) In-Season trades are official and binding when announced to the league at the Managers Meeting or via e-mail, but do not take effect until the first of the next month.

(4) Off-season trades are official and binding when announced.

(5) Trades may be effective at a later date than when they become binding, but that date must be specified when the trade is announced and must either be on or before September 1, or in the offseason.

(i) Calling up one player from the minors to replace the demoted player at one or all of his positions, and /or to play at OH; and/or

The EFL team may not make any other adjustments, such as decreasing the percentage of playing time of any active player at any defensive position. The playing time added to any position (including Other Hitter or a pitching role) must be between 1% and 3% per day remaining in the calendar month counting the day the owner announces the change(s) to the league. (The normal requirement that players be activated for a minimum of 33% of their actual PA or IP for the entire month is waived for changes announced under this rule.)   No player may be moved from starting pitcher to relief pitcher, or vice versa, as a mid-month replacement. No player may be promoted to the major league roster in the same month he was demoted to the minor leagues.

The Winter Meetings do not count as a Managers Meeting.

the expiring team may not transfer to the restarting team any assets except: