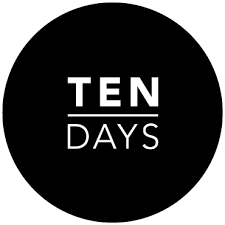 The Wolverines were able to add .8 games to their lead, and there were some rather odd outcomes in yesterday’s games. Take a look and see for yourself…then try to explain what you see and how they might have occurred. Only ten days remain in July!

EFL Standings for 2021
Old Detroit: DNP, 2-(-3); 33PA, 8IP
The Wolverines had a nice day yesterday, however they did not play a game due to the rainout in Buffalo. Two batters posted pinch hit home runs – Josh Bell and Will Smith – and Smith’s was a game winner for the Dodgers. Too bad it didn’t win a game for OD. How’s this for a rarity – Wolverine hitters didn’t walk a single time all day yesterday! Mike Minor tossed 6 innings of one run baseball, and the Wolverines padded their lead by .8 games, and now sit 1.9 ahead of the Torndoes.
Flint Hill: W(-1), L(1), (-8)-0; 38PA, 19IP
The Tornado hitting line was weak last night, but losing 8 runs because of it seems dramatic. I wonder if something else was going on? I don’t know, it just seems odd. To be fair, the hitting was horrendous over those 38PA. Only 3 hits were earned by allocated hitters! Let’s move past that and focus on the pitching, which was essentially sterling. James Kaprielian, who has turned out to be a steal from this past year’s Rookie draft (drafted 101 for $750k) tossed 6 scoreless innings (season ERA is now 2.65). Yu Darvish returned from the IL to throw 5.7 innings and allow 2 runs, while Ryan Tepera and Jake Brentz added relief innings and no runs. The only blemish was one bad inning from German Marquez, who allowed 4 runs (all in the same inning to the Mariners) in 6 total innings. Those stored up IP with a 2.84 ERA will come in handy as July finishes up.
Peshastin: W, 6-0; 26PA, 13IP
The Pears passed the Balk after a strong day of their own. Though their score, like the Tornadoes, doesn’t seem to add up. Here is what I mean – their pitchers gave up a total of 5 earned runs on the day, and because they have been using replacement innings this month (still 12 replacement innings being used after 13IP yesterday), there should have been some runs allowed instead of the 0 in the score line. At least, I think so. Anyway, Trevor Rogers and Alex Wood both tossed 5 innings, giving up 2 and 3 runs, respectively. Three relievers each threw one scoreless inning, too. At the plate, Yoan Moncada went 3 for 4 with a double and a home run and Juan Soto went 1 for 3 with two walks.
DC: L, 3-8; 38PA, 5.7IP
The Balk’s end of July swoon continued, and the Pears were ready to overtake them (for now). Tristan McKenzie was the main culprit, allowing 5 runs in 4 innings, including two home runs. The offense didn’t really help, either, outside of Bryce Harper (2 for 4 with a walk) and home run derby champion Pete Alonso (2 for 5 with, you guessed it, a home run). The Balk are now 6 games out and need to find a way to right the ship in the last 10 days of July.
Kaline: L, 4-8; 48PA, 5.7IP
John Means returned last night from a lengthy stay on the IL, and the opposing team did not treat him nicely. John means well, but didn’t perform well, giving up 5 runs in 5 innings, including two home runs. Jose Altuve did his best to recover some of those runs, hitting two home runs and earning a walk, but it wasn’t enough.
Haviland: W, 4-0; 43PA, 16.3IP
Chalk the Dragons line up to another oddity because their pitchers gave up 8 earned runs on the day, but their score line show 0 runs allowed. Like the Pears, the Dragons are carrying a lot of replacement innings (25IP to be exact) so those 9 extra innings could be the reason? Anyway, the Dragons went doubles crazy, getting one from four different players – Brandon Lowe, Amed Rosario, Ramon Laureano and Harrison Bader. And that was all they needed, it seems, because they didn’t much more than that.
Canberra: “W,” 7-7; 31PA, 4.7IP
Canberra’s Kyle Tucker led the way yesterday, going 3 for 4 with a double and a home run. Of the team total 8 hits, he and Eric Haase (1 for 4 with a home run) were the only ones to collect extra bases, though Javier Baez did contribute two singles to the cause. How that equated to 7 runs? I am not sure. But it did, and the Roos won.
Cottage: L, 5-8; 39PA, no pitching
It seems unusual to see a no pitching line on a full day of games in MLB. But the Cheese did it! And it cost them. The two Cheesy Rays enjoyed the pitching of John Means (sorry, Tom!), with Randy Arozarena and Francisco Mejia combining to go 4 for 8 with a double, triple, and two home runs.
Bellingham: W, 5-3; 18PA, 11IP
The Cascades had a thin day at the plate in terms of PAs, but a fat day at the plate in terms of outcome. Only 5 batters appeared, but they collected 2 home runs (Rhys Hoskins and Jonathan India) and 3 walks. The pitchers were also very good, with Shan McClanahan (5IP, 1ER) and Brett Anderson (5IP, 2ER) leading the way. The Cascades doubles their lead over the Alleghenys!
Pittsburgh: L, 6-9; 23PA, 7IP
The Alleghenys slid a little further down the standings, due to some poor pitching. Their hitting was pretty good, led by Garrett Hampson (2 for 5 with a double) and Jorge Soler (1 for 3 with a home run and a walk). But Nick Sandlin gave up 3 runs while only pitching one third of an inning, and Tyler Anderson added another 3 earned runs, though his was over 6 innings, which is decent.
Portland: “W,” 6-6; 39PA, 4IP
The Rosebuds almost eked out a real win, but will have to settle for an EFL win. Three relievers combined for 4 innings and 1 earned run. Four different batters hit home runs – Gary Sanchez, Max Kepler, CJ Cron and Jorge Polanco – but it wasn’t quite enough to outscore their opponents.
Combined MLB + EFL Standings for 2021