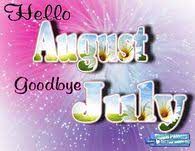 We made it to the end of July – a short month of the season with only 7 or 8 games played by each EFL team – but it has felt like a long month. Perhaps it is the impending possibility of MLB being shut down, as Rob Manfred suggested yesterday, or just the different feel to the world in which playing professional baseball is being attempted. I have enjoyed the distraction, and also worry sometimes about the implications of COVID spread due to MLB games being played.

And yet, here we are! The first 7-8 games have brought us some very interesting and entertaining baseball. There have been some excellent debuts which will be fun for us to draft on Sunday, and some unexpected early results. For instance, did you know the Padres lead the league in wins with 6? Or that the defending champion Nationals needed a 2-game win streak to close out the month with more than 1 win?

We also had some drama in the EFL last night, when Pittsburgh’s owner emailed the Three EFLigos the following, in his words, “mea culpa”:

“Mea maxima culpa.  I screwed up my allocations and will not have any IP for a LH reliever in July.  I didn’t even realize this until yesterday.”

EFL rules state, “If during a month no pitcher appears for a team as a left-handed reliever, one-third of an inning and one-third of a run per game played that month are added to the team’s total, representing the work of a replacement-level left handed reliever.”

We learned/confirmed a few things from this admission:

So, here are the standings after the first pseudo-month of the EFL season – below we’ll spend time talking about each team’s early season surprises.

Pittsburgh: DNP, -5-(-2) (36PA, .200, .333, .233; 9.4IP, 3ER, 2.87 ERA) The Alleghenys were so distraught over their mistake they took the day off from playing. The AL Central, where the Alleghenys compete, has seen changes almost every day to the first place team – bouncing back and forth between the Indians and Twins, which has caused the Alleghenys record to fluctuate. What hasn’t fluctuated this season are the excellent performances day in and day out for this team. This month they were led by Dansby Swanson, who slashed .387/.406/.677, and Sonny Gray, who ended the month with 12.7IP and a .71 ERA.