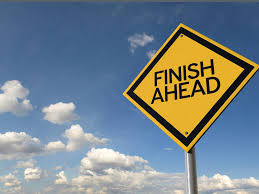 Today is my final Daily Update for the 2020 season, and as much as I am tempted to pursue grandeur, I’m going to defer. A few days ago, when the race seemed it was teetering on the edge of a dramatic finish, I had asked Ron if he would do the final update so that you wouldn’t have to deal with either an overly elated or decidedly morose updater.

It seems as though the Tornado lead will be safe for one final day, though with the 3 game swings earned by the Balk and the Wolverines yesterday, you never know.

I have greatly enjoyed spending my mornings highlighting the victories and defeats of each team, and I am thankful for your investment in reading those updates each day.

I have a few more ideas for writing as far as the EFL goes, so be on the lookout over the days to come. One thing I will be sending along is a Google Form to collect your votes for top EFL performers in several categories – the EFL Awards, voted on by the owners – in order to celebrate the top players in our league (which can sometimes differ from the top players in MLB.

For now, we sit back and enjoy one final day of the regular season, in what has been anything but a regular season. I am thankful that baseball was played this summer, and I am also thankful that it seems to have been done safely in the midst of a pandemic. Here’s to hoping that the final day of the season, and the entirety of next season, is normal.