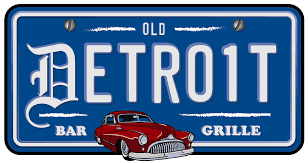 The Wolverines have all but clinched the 2021 EFL title. Due to the complexities of the EFL, we cannot say for certain that their title is secure, but we have already begun the engraving process on the trophy. What would it take for the Tornadoes to make one final push? Certainly it would mean the Tornadoes pitching better in the final 5 games than they have all month. For the Wolverines, there are 5 games remaining and their lead is 6.2 games. Losing a 6.2 games lead would be catastrophic, though not impossible. The Wolverines are thin on starting pitching, and only have two certain starters for the final 5 games – Logan Gilbert who goes tonight, and Shane McClanahan who goes on Saturday. Buehler, Stroman and Taillon are slated to pitch the final day of the season, but will they? Taillon re-injured his ankle last night and is doubtful. Buehler’s start will depend on whether or not the Dodgers have a chance at claiming the NL West Pennant, and Stroman’s start will be a meaningless game for the Mets. That means the Wolverines could potentially add 20-25 innings of replacement pitching between now and Sunday. Could that sink them? Most likely not. But also, maybe?

EFL Standings for 2021
Old Detroit: W, 3-(-6); 51PA, 16.3IP
The Wolverines got some needed innings from their pitchers, and essentially sealed their EFL championship fate. Walker Buehler’s 7 scoreless inning were the gem in the crown, though Marcus Stroman’s 5 innings and 2 runs certainly helped. Jameson Taillon added 2.1 innings, but re-injured his ankle. At this point it probably doesn’t matter, at least for the Wolverines. The Wolverine hitting was paltry, getting only 8 total hits and only 2 of them (2 doubles from JP Crawford) being for extra bases. The Wolverines can now sit back and watch the final 5 games unfold with nary a care in the world, an enviable place to be.
Flint Hill: W, 8-5; 61PA, 5IP
The Tornadoes earned a win, but have not yet locked up second place. The upstart Drive are now in third, and still able to surpass us before season’s end. Last night’s offensive line included 13 hits and 8 walks, including home runs from Mitch Haniger and Alex Bregman – two guys acquired by Tornado management late this summer in hopes of claiming the title.
Kaline: “L,” 8-5; 53PA, 12.3IP
Here it is! The aforementioned ascension of the Drive into third place. True, their move into third place might have been due more to an awful day for the Balk, but the Drive also did outscore their opponent even if the database gave them a loss. Little Jose Altuve an large Aaron Judge both homered, and Hunter Renfroe added in one of his own in the (grumble) Red Sox’s loss to the Orioles. Maybe even more significant is that the team collected more walks (8) than strikeouts (5). Aaron Civale did not learn his lesson after his public berating last week, though his outing was marginally better – he gave up only 4 runs in 5.3 innings. Though the battle for 3rd is certainly not over, the Drive also have their sights set on the Tornadoes and second place.
DC: L, (-2)-7; 52PA, 1IP
This is NOT how you fight a battle, Rob. I know doesn’t seem like the type to take advantage of someone else’s bad day, but he did. Now it’s your turn to fight back. You’ll need more hitting, though. You only collected 7 hits, including 3 doubles, in your 52 plate appearances. And you had 15 strikeouts, which didn’t help. Let’s start with your two Red Sox players, Xander Bogaerts and Kike Hernandez, who, on one of the most important days of the season, combined to go 0 for 8. My hunch is that if they can get hot, you’ll find yourself looking at the Drive in your rearview mirror.
Peshastin: L, 0-2; 39PA, 8IP
Another lackluster hitting performance in the EFL, this time from the Pears who are playing for nothing since they are ensconced in 5th place. Two players added home runs – Yoan Moncada and Ryan Mountcastle – and for Red Sox fans, the Mountcastle one really hurt (however, for Mariners fans, it was certainly laudable). Let’s not lose sight of the fact that the Pear pitching was really good, and for that Phil is most likely muttering, “finally!” Trevor Rogers gave up one run in 5 innings, and three relievers chipped in a combined 3 innings and one run allowed.
Canberra: “W,” 3-5; 40PA, 2.3IP
The Roos slipped a tiny bit in their lead over the Cheese, though the damage was minimal (.2 games). Javy Baez and Isaac Parades led the way offensively, combining for 5 of the team’s 9 hits. Vlad, Jr. has lost a little steam in his pursuit of the Triple Crown and also the league MVP, last night going 0 for 3 with a strikeout.
Cottage: “W,” 6-7; 45PA, 4IP
The Cheese did gain on the Roos, but they were also outscored by their opponent. Mitch Keller coughed up 6 runs in 4 innings, and was the only pitcher to appear. Pedro Severino killed the Red Sox (grrr!) with 3 hits, and Trea Turner added 3 hits of his own. The two Cheesy Rays, Randy Arozarena and Yandy Diaz, each added a home run.
Haviland: W, 6-(-2); 40PA, 11IP
Just two days after his public proclamation of trying to finish lower than the Alleghenys, the Dragon players decided they had too much pride to go quietly into the night. Yesterday’s stars were the pitchers, who have been slowly emerging this month after hibernating all summer. AJ Alexy tossed 5 innings, giving up 2 runs, and 5 relievers combined for 6 scoreless innings. Kyle Schwarber, Gio Urshela, and Jake Cronenworth all added home runs.
Pittsburgh: W, 3-0; 23PA, 15.3IP
It seems as though all of the Pittsburgh pitchers pitch on the same day, and last night was no exception. The Allegheny hurlers were led by Logan Webb, Luke Weaver and Tyler Anderson who all combined for 13 innings and only 2 earned runs. It appears the Alleghenys are not content to let Haviland have 8th place, after all! The entire offensive output was from Luis Robert, who went 2 for 4 with 2 home runs and a walk. Dansby Swanson did add one single, but every other hitter was hitless. In fact, besides Swanson and Robert, only Max Muncy made it on base, and his was a walk.
Bellingham: W, 4-1; 43PA, 12.7IP
That pitching line carried the Cascades to another win and kept the Rosebuds at bay. Charlie Morton tossed 7 innings of scoreless baseball, striking out 10 batters. Michael Wacha added 5 scoreless innings, striking out 6. Joe Panik and Jace Peterson led the team with two hits apiece.
Portland: W, 5-4; 43PA, 9.4IP
Another solid pitching performance in the EFL yesterday, this one from Tyler Alexander (6IP, 1ER) and Luis Cessa (2.7IP, 1ER). That was enough to get the Rosebuds a win, but not enough to inch them closer to the Cascades. Luis Urias hit a home run, and Tyler O’Neill was 2 for 4 with a double.
Combined MLB + EFL Standings for 2021